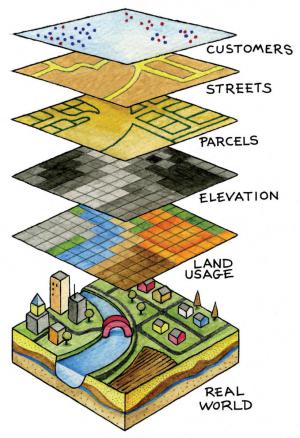 Imagine being able to see a how many people in your neighbourhood have the same shopping habits as you. Read on to find out how we can make this possible.

Why I love geospatial analytics so much

Having worked with Tableau for a while, I have to say that the mapping capability is one of my favorite things about the application. Apart from having a really cool look, map reports make it easier to pick up geospatial relationships, in terms of pattern and locality and in turn make it easier to plan on where to locate a service or facility.

Having said all of the above, Tableau falls short in the sense that it’s built in Firebird database only allows one to create filled maps that only have the layers country, province and city, in the African context, that is. The moment one has a lower level in their data, such as town, Tableau will only create a point map based on the geospatial coordinates of these towns. Bearing in mind also the fact that one would have to add these coordinates to their data set, which in itself may end up being an arduous task. It is also not easy to plot a dual axis map with points and polygons, since Tableau requires a single data set, even though polygons and points are completely unrelated data.

So, what do we propose?

Our custom geocoding solution, based on that built by Craig Bloodworth, which he explained in his blog post Using Alteryx to Create Tableau Filled Maps  involves using Alteryx to prepare geocoding files. It also relies upon the great insights given by Richard Leeke, in the most popular Tableau blog post of all time, Grow your own filled maps.

Without getting into the nitty gritty techno mumbo jumbo (I am saving that for my next post), the essence of our solution involves running a process in Alteryx which produces xml files containing the geographical layers/maps data, and when copied into Tableau’s repository folder, will instruct Tableau on how to use this data.

As they say, the proof is in the pudding. The two examples shown below are a foretaste of what is possible with our solution. In the first image, you can see the provinces of South Africa, with the schools overlaid as circles, coloured according to education phase. The second image has the same data but only showing Gauteng Province, with the filled map areas in the background now representing the Municipalities, which is one of the political boundary roles included in the Census spatial files. 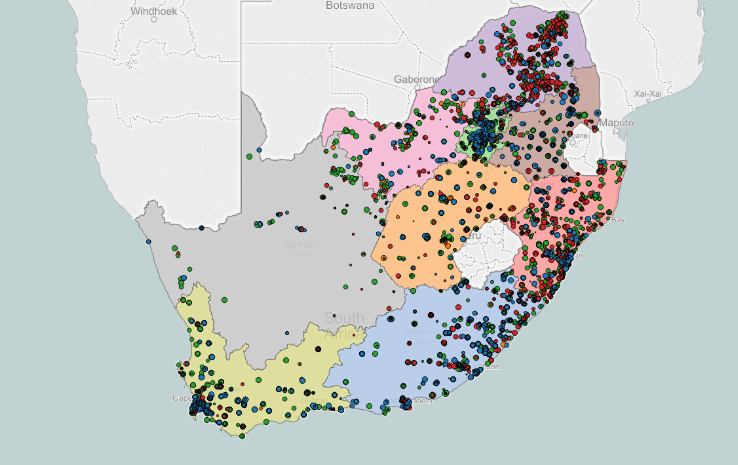 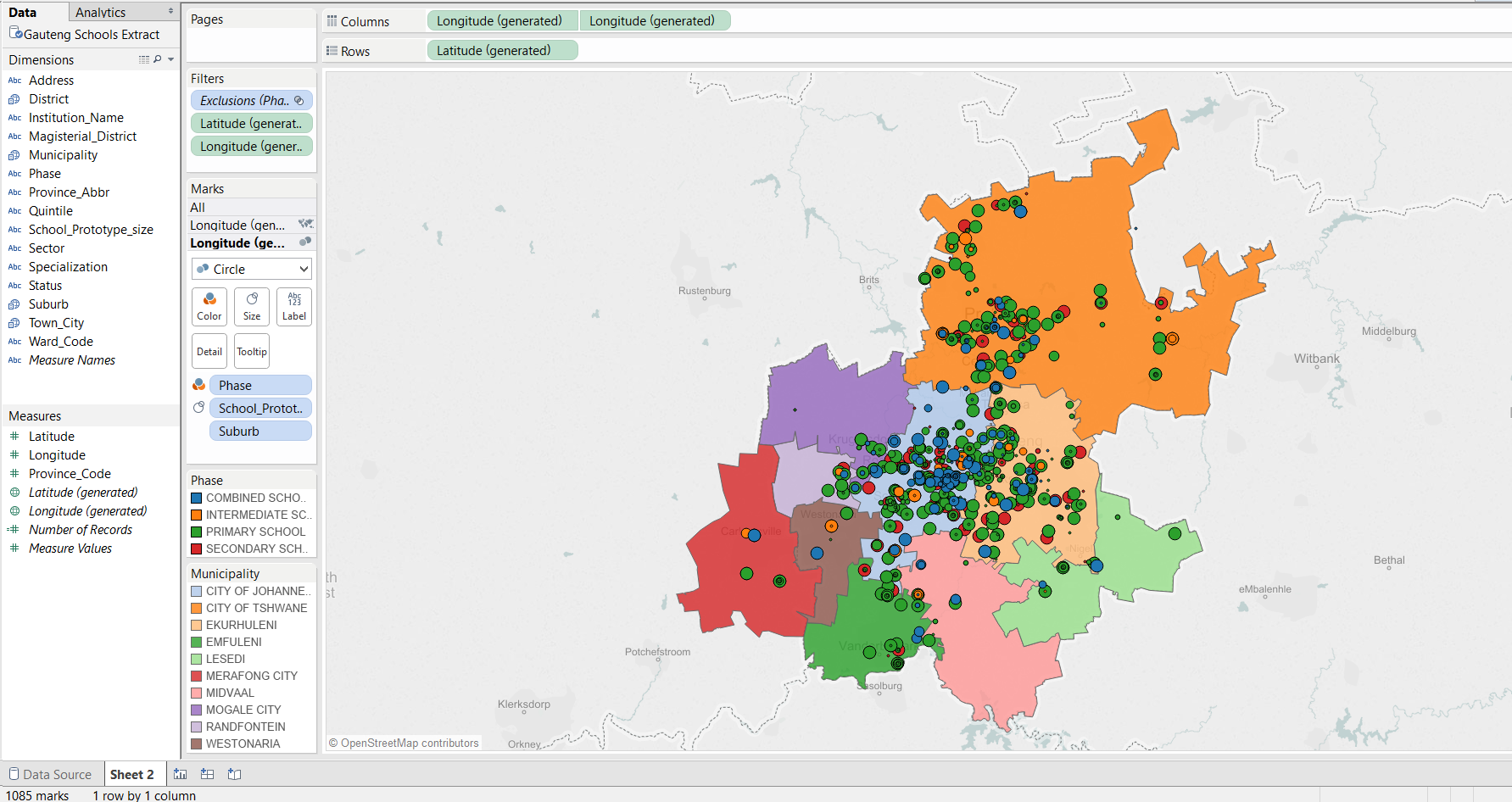 Why go through all the trouble?

Well the data it is there, so why not use it. And if the visualisations shown in the screenshots above did not excite you enough, our solution will give you access to much more custom geocoding, such as customer sales areas, zip codes, airports and other such points of interest, and census areas. Plus we also provide an actual census data pack, which will enable you take your spatial Business Intelligence (BI) to a whole new level.

The best part is that with this solution, you will not need to include in the longitude and latitude coordinates for the custom polygons in your data set, since we would have done all the leg work. Simply having the names referenced by the data points will suffice.

And besides, I am pro data driven innovation

As my colleague Andrew Milner likes to say "You can have all the data in the world, but if you do not know how to ask the right questions, then it's useless". One classic case of this is illustrated in the work done by the data rockstar Hans Rosling, The best stats you have ever seen.

With geospatial data and geospatial analytics now being used more and more in applications ranging from marketing to operations, our mapping solution will allow for hitherto un-discovered insights to be gleaned.

Okay, so what happens now?

Well, two things. Contact us for more information, and or keep an eye out for my next post in which I explain the technical workings of this solution. 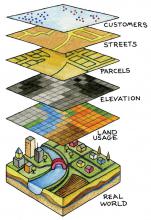